Let’s start our discussion of TreeView control with a few simple properties that you can set at design time. To experiment with the properties discussed in this section, open the TreeView Example project. The project’s main form is shown in Figure 4.25. After setting some properties (they are discussed next), run the project and click the Populate button to populate the control. After that, you can click the other buttons to see the effect of the various property settings on the control. 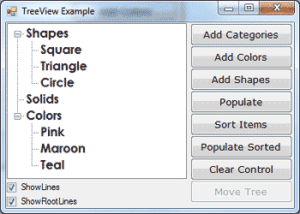 Figure 4.25 – The TreeView Example project demonstrates the basic properties and methods of the TreeView control.

Here are the basic properties that determine the appearance of the control: