Sometimes we need to prompt users for a folder, rather than a filename. An application that processes files in batch mode shouldn’t force users to select the files to be processed. Instead, it should allow users to select a folder and process all files of a specific type in the folder (it could encrypt all text documents or resize all image files, for example). As elaborate as the File Open dialog box might be, it doesn’t allow the selection of a folder. To prompt users for a folder’s path, use the FolderBrowser dialog box, which is a very simple one; it’s shown in Figure 4.15 in “Folder Browsing Example Project.” listed below. The FolderBrowserDialog control exposes a small number of properties, which are discussed next.

This property indicates the initial folder to be displayed when the dialog box is shown. It is not necessarily a string; it can also be a member of the SpecialFolder enumeration. To see the members of the enumeration, enter the following expression:

As soon as you enter the equals sign, you will see the members of the enumeration. The most common setting for this property is My Computer, which represents the target computer’s file system. You can set the RootFolder property to a number of special folders (for example, Personal, Desktop, ApplicationData, LocalApplicationData, and so on). You can also set this property to a string with the desired folder’s pathname.

After the user closes the FolderBrowser dialog box by clicking the OK button, you can retrieve the name of the selected folder with the SelectedFolder property, which is a string, and you can use it with the methods of the System.IO namespace to access and manipulate the selected folder’s files and subfolders.

The FolderBrowser control is a trivial control, but I’m including a sample application to demonstrate its use. The same application demonstrates how to retrieve the files and subfolders of the selected folder and how to create a directory listing in a RichTextBox control, like the one shown in Figure 4.15. The members of the System.IO namespace, which allow you to access and manipulate files and folders from within your code, are discussed in detail in Chapter “Accessing Folders and Files”.

The FolderBrowser dialog box is set to display the entire file system of the target computer and is invoked with the following statements: 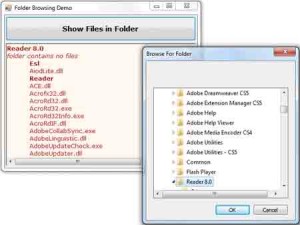 Figure 4.15 – Selecting a folder via the FolderBrowser dialog box

As usual, we examine the value returned by the ShowDialog method of the control and we proceed if the user has closed the dialog box by clicking the OK button. The code that iterates through the selected folder’s files and subfolders, shown in Listing 4.18, is basically a demonstration of some members of the System.IO namespace, but I’ll review it briefly here.

The code that iterates through the subfolders of a given folder is discussed in detail in Chapter “Accessing Folders and Files”, so you don’t have to worry if you can’t figure out how it works yet. In the next section, you’ll learn how to display formatted text in the RichTextBox control.