To specify the tab order of the various controls, you can set their TabIndex property in the Properties window or you can choose the Tab Order command from the View menu. The tab order of each control will be displayed on the corresponding control, as shown in Figure 5.3. 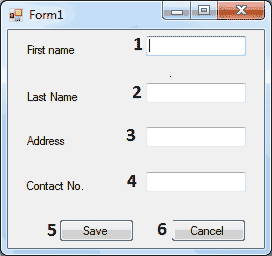 Figure 5.3 – Setting the Tab order by using the TabIndex property of the form

Design with the User In Mind

Designing functional forms is a crucial step in the process of developing Windows applications. Most data-entry operators don’t work with the mouse, and you must make sure that all the actions (such as switching to another control, opening a menu, clicking a button, and so on) can be performed with the keyboard. This requirement doesn’t apply to graphics applications, of course, but most applications developed with VB are business applications, and users should be able to perform most of the tasks with the keyboard, not with the mouse.

If you’re developing a data-entry form, you must take into consideration the needs of the users. Make a prototype and ask the people who will use the application to test-drive it. Listen to their objections carefully, collect all the information, and then use it to refine your application’s user interface. Don’t defend your design — just learn from the users. They will uncover all the flaws of the application and they’ll help you design the most functional interface. In addition, they will accept the finished application with fewer objections and complaints if they know what to expect.