In the previous sections, we used variables to store individual values. As a matter of fact, most programs store sets of data of different types. For example, a program for balancing your checkbook must store several pieces of information for each check: the check’s number, amount, date, and so on. All these pieces of information are necessary to process the checks, and ideally, they should be stored together.

You can create custom data types that are made up of multiple values using structures. A VB structure allows you to combine multiple values of the basic data types and handle them as a whole. For example, each check in a checkbook-balancing application is stored in a separate structure (or record), as shown in Figure 2.3. When you recall a given check, you need all the information stored in the structure.

Figure 2.3 – Pictorial representation of a structure

To define a structure in VB 2008, use the Structure statement, which has the following syntax:

varType can be any of the data types supported by the CLR. The Dim statement can be replaced by the Private or Public access modifiers. For structures, Dim is equivalent to Public.

After this declaration, you have in essence created a new data type that you can use in your application. structureName can be used anywhere you’d use any of the base types (Integers, Doubles, and so on). You can declare variables of this type and manipulate them as you manipulate all other variables (with a little extra typing). The declaration for the CheckRecord structure shown in Figure 2.3 is as follows:

This declaration must appear outside any procedure; you can’t declare a Structure in a subroutine or function. Once declared, The CheckRecord structure becomes a new data type for your application.

To declare variables of this new type, use a statement such as this one:

Actually, as soon as you type the period following the variable’s name, a list of all members to the CheckRecord structure will appear, as shown in Figure 2.4. Notice that the structure supports a few members on its own. 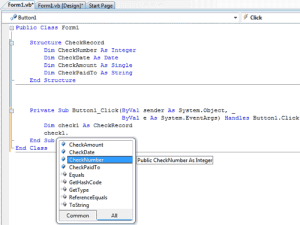 Figure 2.4 – Variables of custom types expose their members as properties

As you understand, structures are a lot like objects that expose their fields as properties and then expose a few members of their own. The following statements initialize a CheckRecord variable:

You can also create arrays of structures with a declaration such as the following (arrays are discussed later in this chapter):

Each element in this array is a CheckRecord structure and it holds all the fields of a given check. To access the fields of the third element of the array, use the following notation:

If you want to find out whether an object variable has been initialized, use the Is or IsNot operators, as shown in the following example:

The variable myPen is initialized with the New constructor only if it hasn’t been initialized already. If you want to release the myPen variable later in your code, you can set it to Nothing with the assignment operator. When you compare an object to Nothing, however, you can’t use the equals operator; you must use the Is and IsNot operators.

Besides setting the types of variables and the functions for converting between types, Visual Basic provides the GetType method, which returns a string with the variable’s type (Int32, Decimal, and so on). Any variable exposes these methods automatically, and you can call them like this:

There’s also a GetType operator, which accepts as an argument a type and returns a Type object for the specific data type. The GetType method and GetType operator are used mostly in If structures, like the following one:

Notice that the code doesn’t reference data type names directly. Instead, it uses the value returned by the GetType operator to retrieve the type of the class System.Double and then compares this value to the variable’s type with the Is (or the IsNot) keyword.