This process allows us to process one document at a time yet accumulate the results over many documents. Each unique word is a key to the HashTable, and the word’s count is the corresponding item’s value. The application’s main menu, the Frequency Table menu, contains four commands, which save the HashTable to, and read it from, a text file and a binary file. Table 12.1 shows the four commands of the menu.

By the way, the Save XML and Load XML commands use a Soap Formatter, but the files they produce (or consume) are XML files, so I’ve chosen not to use the SOAP term in the menu commands. The code behind the Save Binary command is shown in Listing 12.4. The code is quite simple: It creates an instance of the BinaryFormatter class (variable Formatter) and uses its Serialize method to persist the entire HashTable with a single statement.

Listing 12.4: Persisting the HashTable to a Binary File 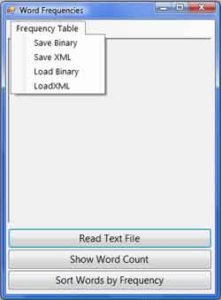 Table 12.1 – The Four Commands of the Frequency Table Menu

The equivalent Load Binary command is just as simple. It sets up a BinaryFormatter object and calls its Deserialize method to read the data. The code of the Save XML command (Listing 12.5) sets up a SoapFormatter object and uses its Serialize method to persist the HashTable. The code that reads the data from the file and populates the HashTable is equally simple, and it’s shown in Listing 12.6.

Listing 12.5: Persisting the HashTable to a Text File

You can open the binary file with a text editor, and you will see the words but not the numeric values, which are stored in binary format. If you open the text file, you will see a SOAP file with the words and their counts. The words are in the first half of the file, and their counts are in the second half. Here are the first few lines of this file (I omitted the headers):

The corresponding counts are the following:

Most of us shouldn’t really care how the Serialize method stores the data to the file (SOAP or binary), as long as the Deserialize method can read them back and load them into an object so that we don’t have to write code to parse this file.